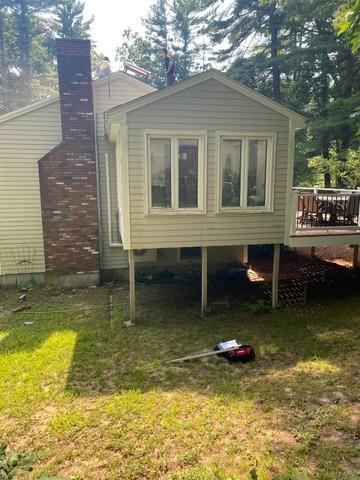 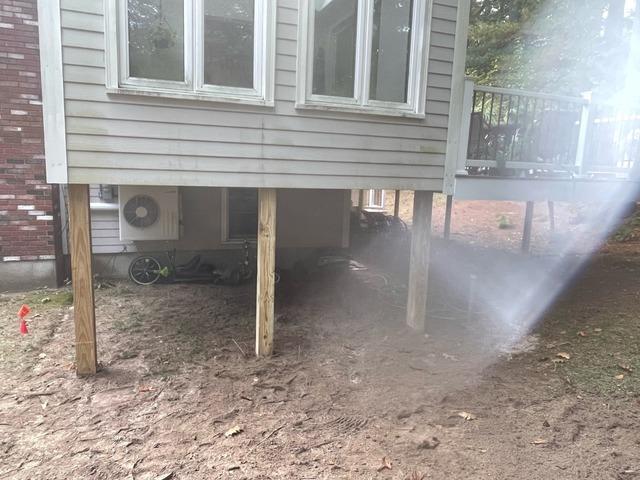 This homeowner in Londonderry, New Hampshire had an issue where the supports of their sunroom were failing. They decided to call Erickson Foundation Solutions for a free inspection.

Crew Lead Nick Carelli and his team arrived at the home and began installing temporary posts in order to remove the old posts. After the old posts are removed, the team installed new EZ posts. Using the EZ posts the team was able to level the floor of the sunroom.