A homeowner in Groton, Massachusetts reached out to Erickson Foundation Solutions with a problem with their foundation. This homeowner purchased their home two years ago as a fixer-upper. The home has foundation issues that need to be addressed. The homeowner knows that this home isn't their forever home and wants to make the home sellable when the time is right.

In the front corner of the 63-year-old home, there is an addition that was installed nearly 20 years ago. The block foundation under the addition has cracked in a couple of places and has made it obvious that the foundation needs to be repaired.

Chris recommended to the homeowner that replacing the old block foundation wall would be necessary if they wanted the addition to stopping sinking. Chris explained that if the homeowner didn't fix the problem now, the severity of the settlement and the cost of the project will increase. The homeowner thinks that this repair is very important to the resale of this home.

Crew Lead and Masonry Specialist Nick Carelli lays the starters with his team. The starters are the most important blocks on the entire wall. If you misplace a starter block by a small margin you can affect the stability of the wall. So Nick and his team are very diligent in placing their starter blocks in the perfect spots. After the starter and the corner blocks are installed, the rest of the blocks go in really quickly. 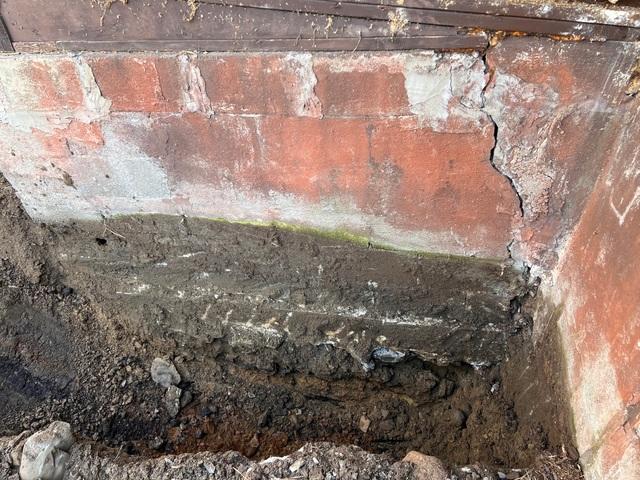 The addition has cracks from the foundation settlement. 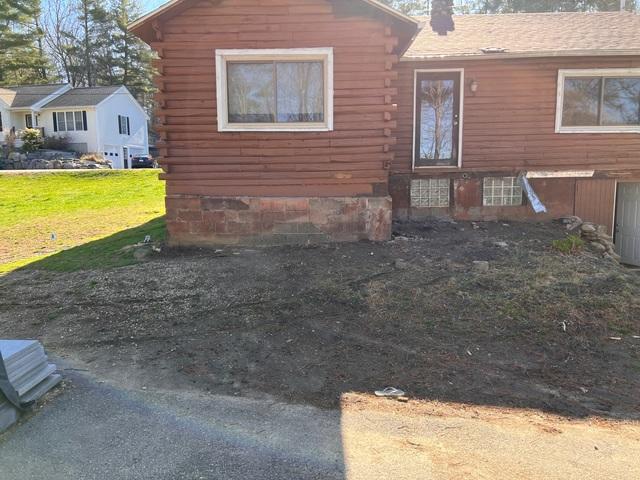 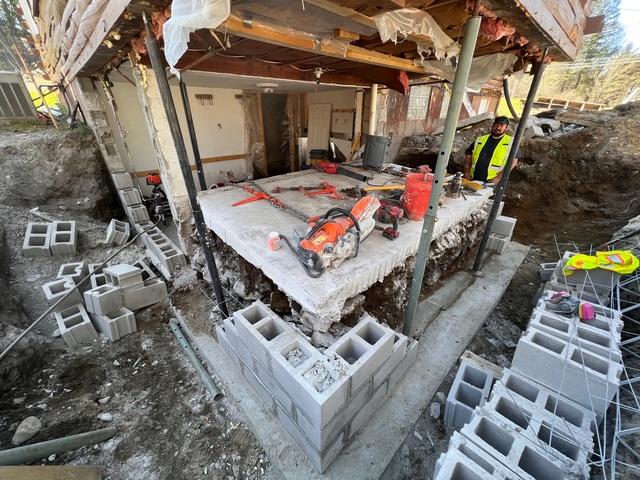 Wall was demoed, the footing was poured, and blocks are being put in place. 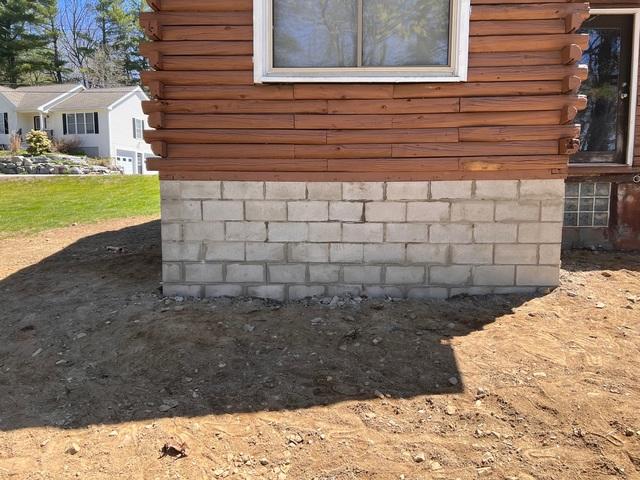