A homeowner up in North Swanzey, New Hampshire, had previously gotten a quote in 2018 from Nate Erickson to fix a crack in their foundation wall. The couple decided not to act on creating a permanent solution for their home. A few years later, the cracks in their foundation had worsened and they reached back out to Erickson Foundation Solutions. The couple would like to have this home be their forever home.

Our design specialist Stephen Caron inspected the home and found some significant movement in the foundation walls. On the front foundation wall of the home, Stephen found a 3" inward bow and a downward settlement of 0.75".  On the back wall of the foundation, the wall was settling toward the rear around 3.5" on the right, and 0.75" on the left. The wall had also settled at 2.62".

In order to address these issues, an additional challenge with the front foundation wall was the crew had to maneuver around the septic tank at the front of the home.

The team backfilled and cleaned up the exterior of the home of all tools and debris. Ed did a final walkthrough with the homeowners and they were pleased with the job. The homeowners loved the work some much that they left a review thanking EFS and the crew. 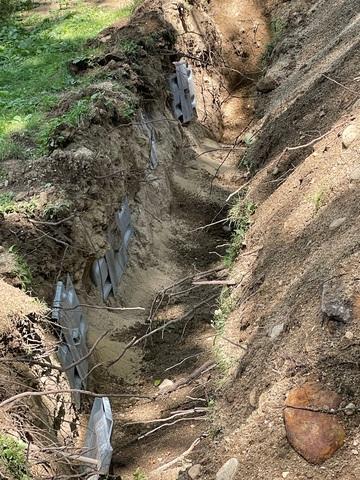 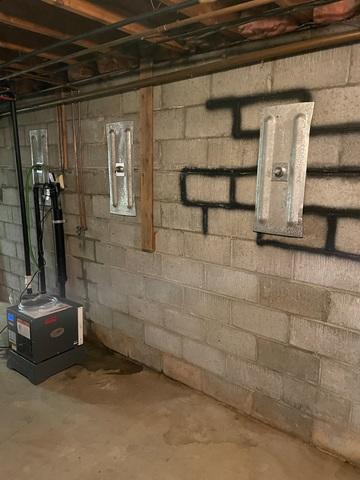 Geolocks in Basement with SaniDry 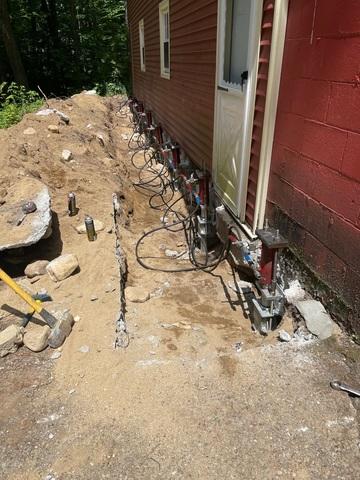 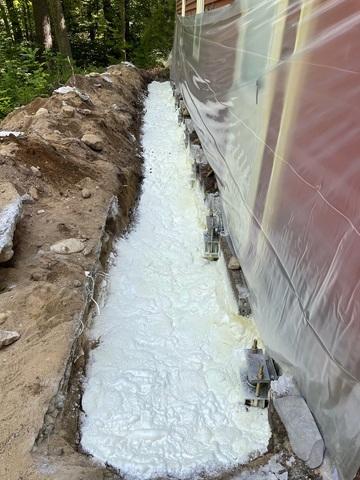 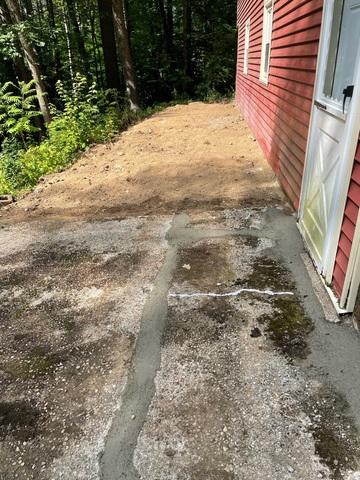 "Ed, Ryan, Abdou, and Tyler were all very professional. They did a great job explaining what they were doing and made sure we were happy with what was done. I was very impressed by the work that was..."
View Review
Overall Rating:

- By Lynn B., North Swanzey, NH
Back to Previous Page
Back to Case Studies