A general contractor was hired to lift an existing home, move it to the side, and install a newly poured foundation. The older foundation was facing severe settlement issues, due to high water tables and soils which were prone to erosion and settling. Once the new foundation was poured and installed, the contractor realized the ground under the footings was still unstable, and so further stabilization was required before the home could be lowered on to the foundation again.

Erickson Foundation Supportworks proposed and was contracted to install 15-20 helical/push piers under the footing of the new foundation. Push piers were an ideal solution, as they could be pushed down to depths beneath the high water and poor soils. In order to access the footings of the foundation, a water pumping system was required in order to keep the rising water table away long enough for the crew to secure the pier brackets to the footings. Piers were pushed down to depths ranging from 10' to 37'. The piers were met with strong resistance at all depths, signaling they were most likely hitting ledge beneath the water and soils. With the foundation now permanently stabilized with helical piers, the home was then lifted and placed back into place. 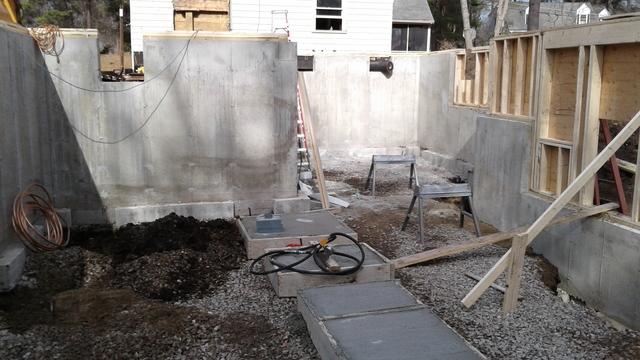 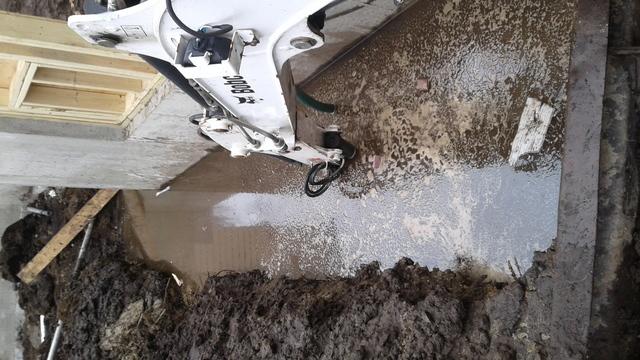 Digging down to the footings was met with high water tables 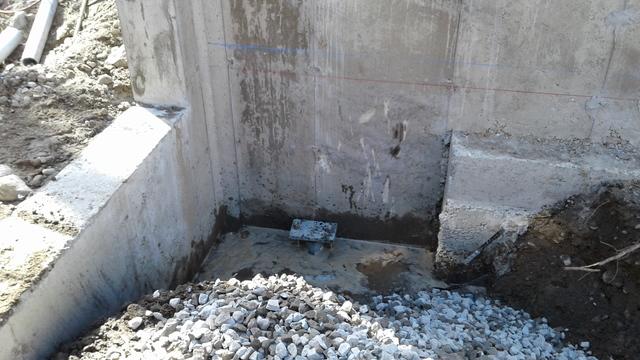 One of the piers installed near the foundation corner.

Video: Raising a Sinking Foundation with...
Back to Previous Page
Back to Case Studies