This homeowner in Hollis, New Hampshire had purchased their 1830s home a couple of months ago. During the home inspection, they noticed an odor in the basement. More recently they found out that the odor in the basement is because of water entering the basement through the walls. They decided to call EFS for a free inspection.  Design Specialist Michael LaMalfa inspected the home. During his inspection, he found that the mortar in this almost 200-year-old basement is deteriorating. Water is coming through the holes where the mortar has deteriorated and causing water to collect in the basement. Michael recommended installing an Auxilary wall, Water Guard, Super Sumps, and Sani Dry.  Crew Lead Nick Carelli and his team arrived at the home and installed an Auxilary wall, 109 ft of Water Guard, 2 Super Sumps, and a Sani Dry into the basement.

Wall is Bowing and Allowing Water In

The foundation wall is bowing and allowing water into the basement.

The PowerBraces are set against the wall to keep it from moving anymore. 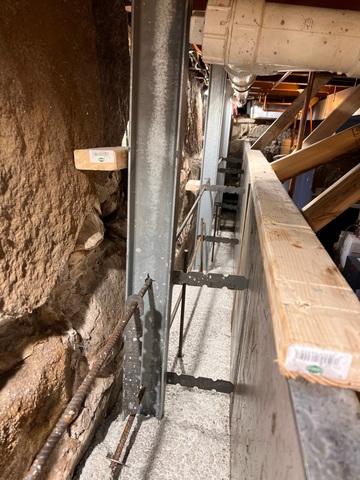 The forms are installed and concrete is poured. 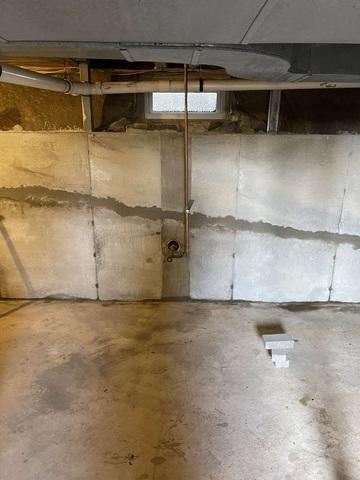 The team removed the forms and trimmed off any imperfections with a grinder.