This homeowner recently purchased their home in July 2021. After they purchased the home, they felt that the sunroom floors were slopping away from the home. The home is set on a steep decline and the homeowners think that the decline is causing the sunroom floor to slope toward the decline. The homeowners decided to call EFS for a free inspection. Design Specialist Kenny Calabrese inspected the home and the sunroom. Kenny found the sunroom is sloping down the hill around 2". Kenny recommended installing 5 EZ Posts to the sunroom. Crew Lead Ed Nadreau and his team arrived at the home and installed 5 EZ Posts in the sunroom to stop the sloping. 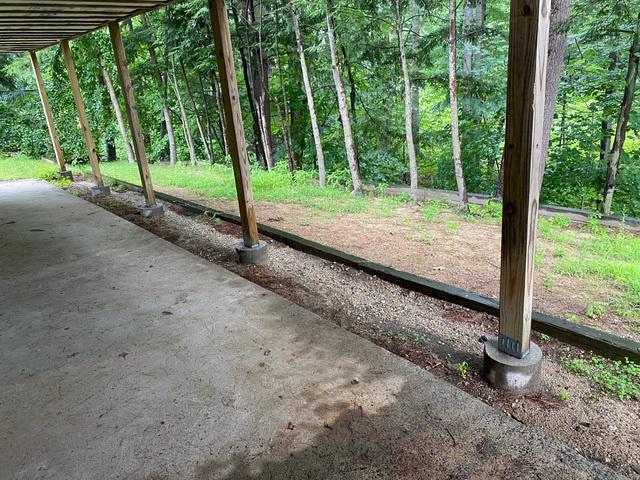 This is what the supports looked like before EFS installed EZ Posts. 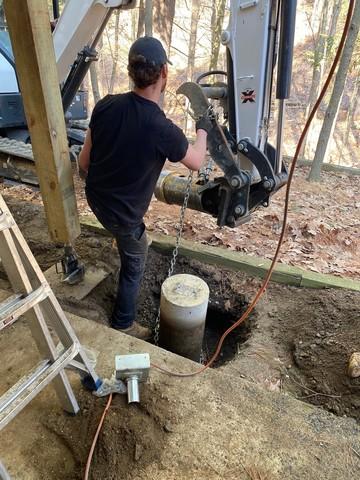 The team used the excavator to help pull the old concrete piers out of the ground. 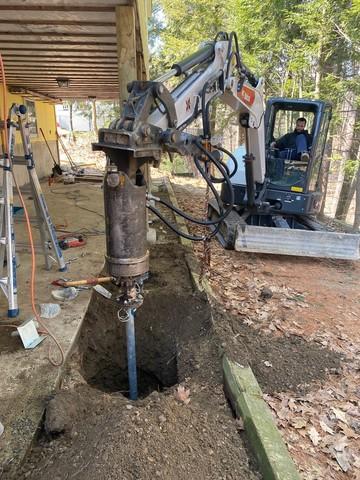 The team uses a driving head on the excavator to drive the EZ post down into the ground until they reach 750-1000 PSI. 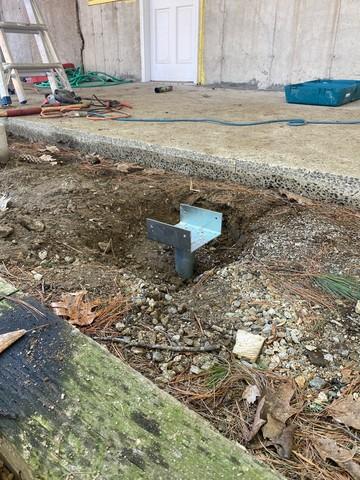 The team caps each EZ post with a bracket that will allow them to install a pressure-treated 6x6 and fix it to the home. 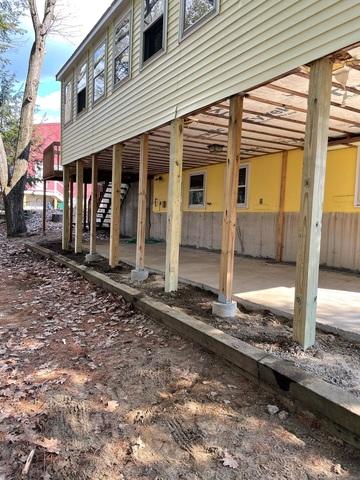