This homeowner in Pepperell, Massachusetts has been a customer of EFS for the past couple of years. EFS has helped them restore confidence in the foundation of their homes. EFS has installed a block foundation wall, Push Piers and PowerBraces into their home. The homeowner has once again reached out to EFS with an issue that they would like solved. The homeowner wanted EFS to come out and look at the walls of their basement to see if they could seal some holes in their fieldstone foundation wall. Design Specialist Nate Erickson inspected the basement. He recommended installing a Polywall restoration onto the foundation walls. Polywall Restoration will seal the walls and add an off-white color to the entire wall.  Crew Lead Nick Melo and his team sprayed all of the walls in the basement to permanently seal them. 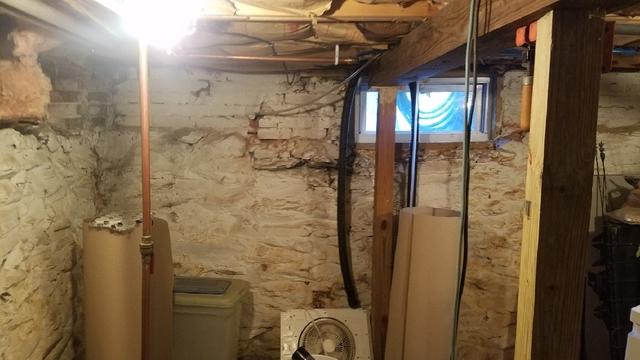 The foundation wall was starting to have some holes and deteriorate. 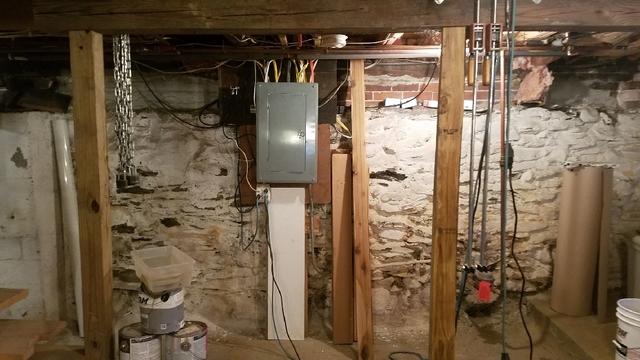 The team will spray Poly Wall Restoration until the whole wall is covered. 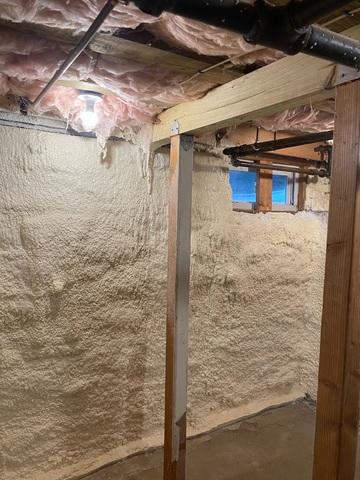 The wall is sprayed with Poly Wall Restoration. 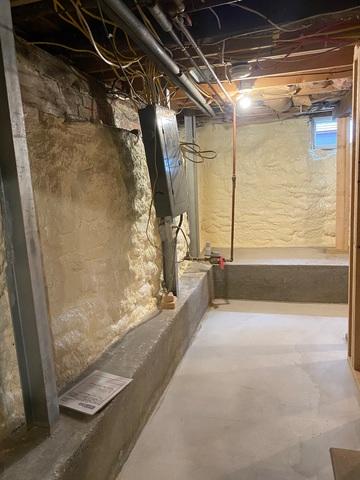 The team sprayed the wall with Poly Wall Restoration.