A homeowner in North Andover, Massachusetts, had called EFS about radon concerns in their home. They wanted some to have their home radon levels checked.  Design Specialist Stephen Caron inspected the home and tested the basement for radon. During his inspection, he noticed some cracking in the basement. The cracks in the basement were long and seemed to be getting bigger. When Stephen asked the homeowners about the crack they said they had noticed them but weren't worried about them. Stephen explained that there could be something seriously wrong with the foundation.  Stephen finished the radon appointment and recommended that the homeowner set up another appointment for a foundation inspection.  Senior Design Specialist Michael LaMalfa inspected the foundation of the home. The cracks on the wall are alarming to Michael. Michael feels that the cracks are being caused by the home settling. Michael recommended having Push Piers installed onto the foundation to stop the settlement of the home. The settlement was only occurring on the right side of the home.  Crew Lead Edward N. and his team installed 15 Push Piers on the right side of the home. Along with the Piers, the team also sealed the cracks in the basement. 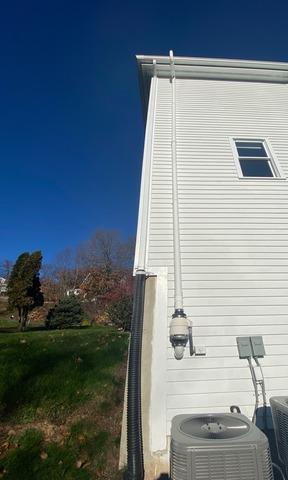 15 Push Piers to be installed on the right side of the home. 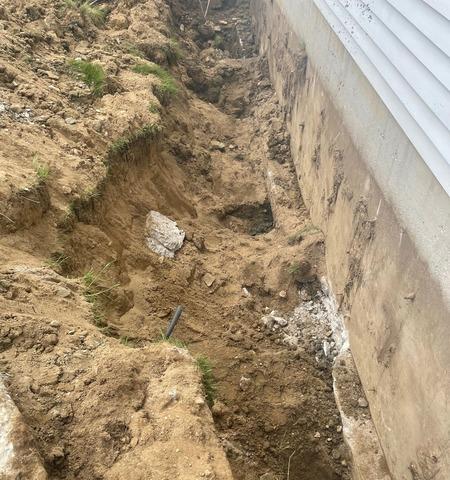 The crew digs down to the footing and chips off sections of the footing. 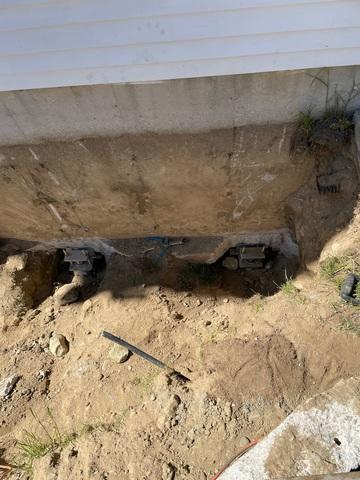 The team installs the Push Pier Brackets and The Push Piers to the footing of the foundation. 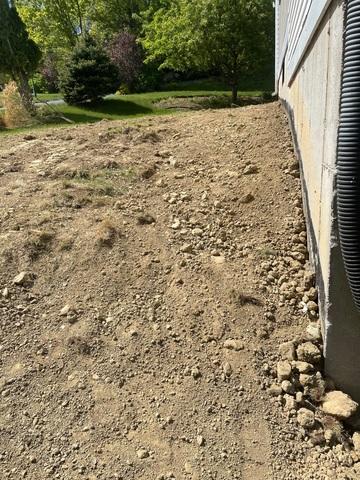 The team back fills the dirt. 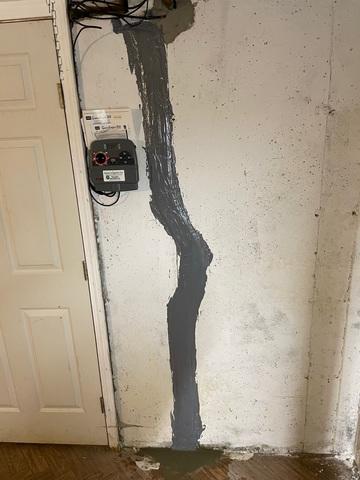 The cracks in the foundation walls are sealed.