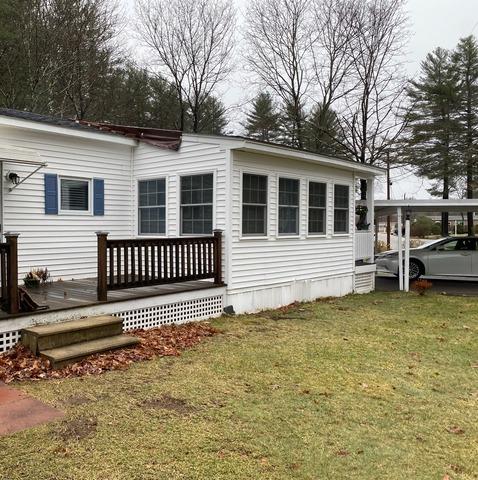 The add-on had dirt being washed away by the water after rainstorms which caused the add-on to sink. 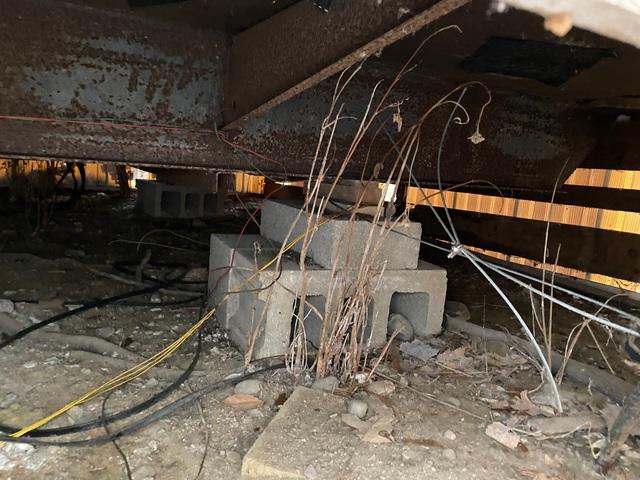 The Concrete Supports under the mobile home have sunk. 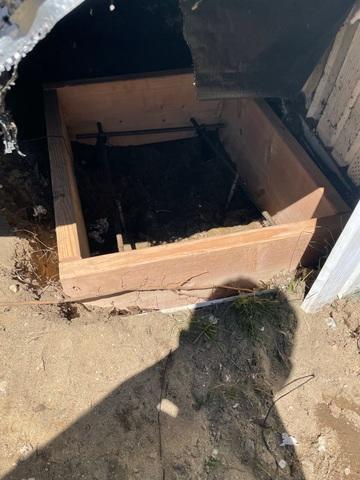 The old supports are removed and the crew poured a new concrete footing. 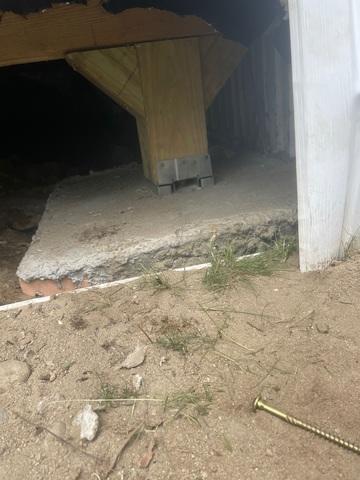 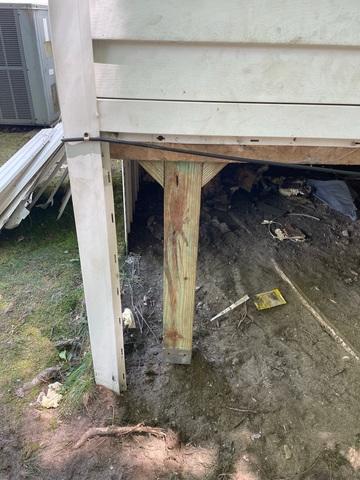 The crew installed EZ posts to stabilize the foundation further.