A homeowner in Salem, New Hampshire, had been living in their home for the past 30 years. The block foundation wall that faces toward the street had the mortar begin to chip off. The wall had also started to bow a couple of years ago and the homeowners were concerned about that. The homeowners decided to call EFS to look at the foundation of the home. Our design specialist recommended replacing the front foundation wall with a new masonry wall.  Our masonry team began by setting up temporary posts on the interior of the basement to support the home when the wall is removed. Following the temp post being set up the team begin excavating the dirt in front of the wall so they can remove the wall and pour a new footing. After the team poured a new footing the team began to lay the first run of masonry blocks. The team continued to lay blocks until the wall was finished. After the wall was completed, the team installed Sentryseal on the exterior of the wall to waterproof it. While the team was installing the masonry wall, they noticed on one of the adjacent walls is bowing too. The crew recommended installing PowerBraces to the adjacent wall. The homeowner agreed, so the crew installed 5 PowerBraces on the walls. The PowerBraces added support to the foundation walls. 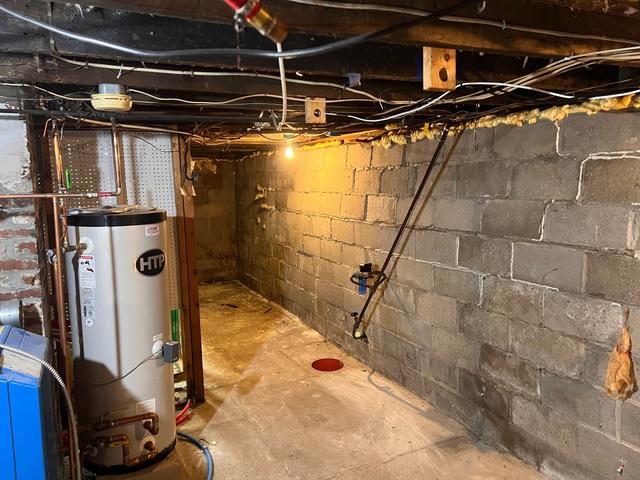 A block foundation wall is bowing in Salem, NH 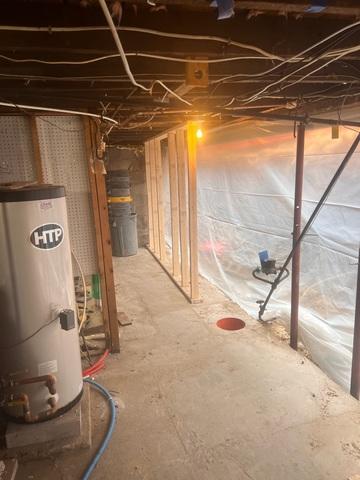 The team removed the block foundation wall so they can make a new one. 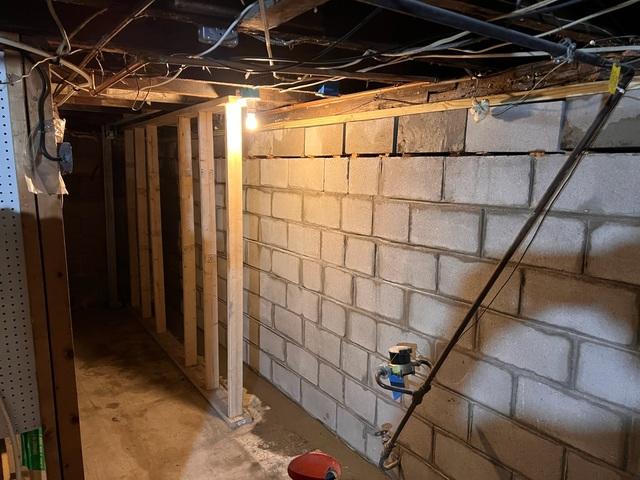 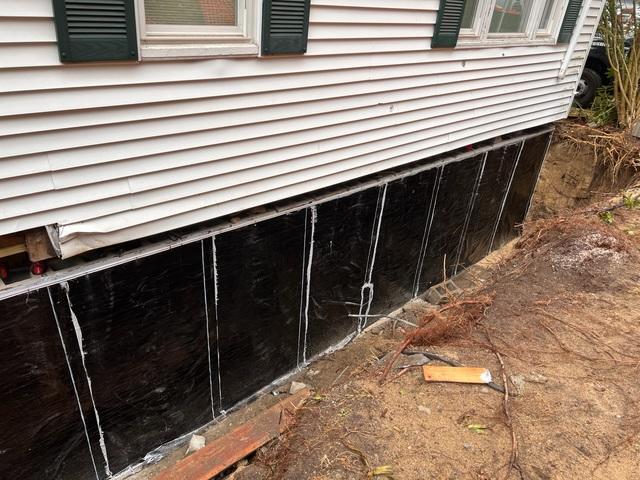 The team installed SentrySeal to the exterior of the masonry block wall. 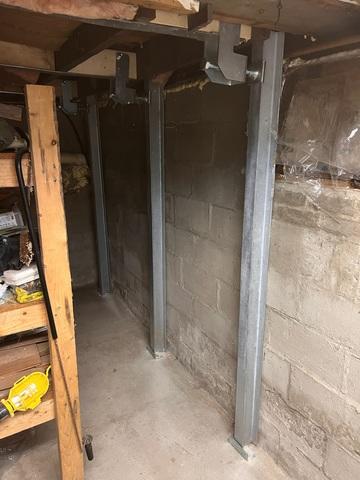 The team installed PowerBraces on the adjacent walls to the new masonry block wall.