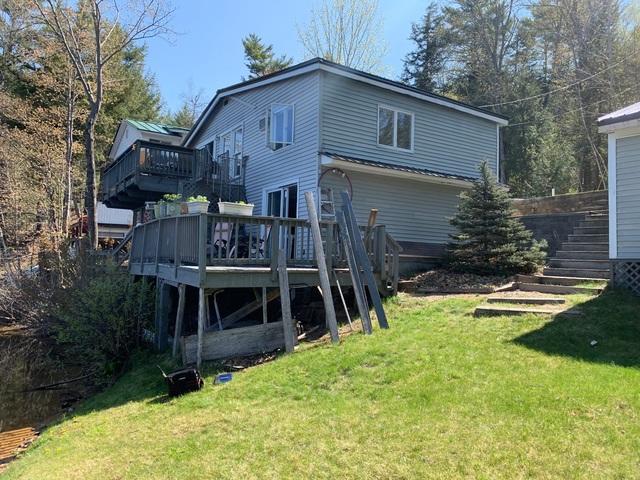 Back Foundation Wall Was Failing

The homeowners purchased the home aware of the foundation issues. 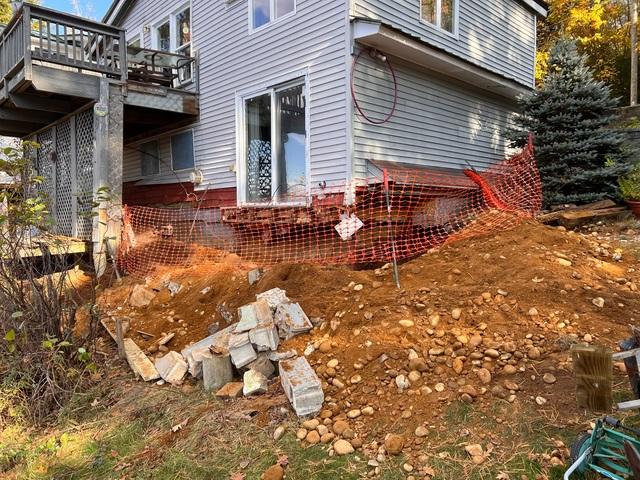 The team removed the foundation wall and installed temporary posts. 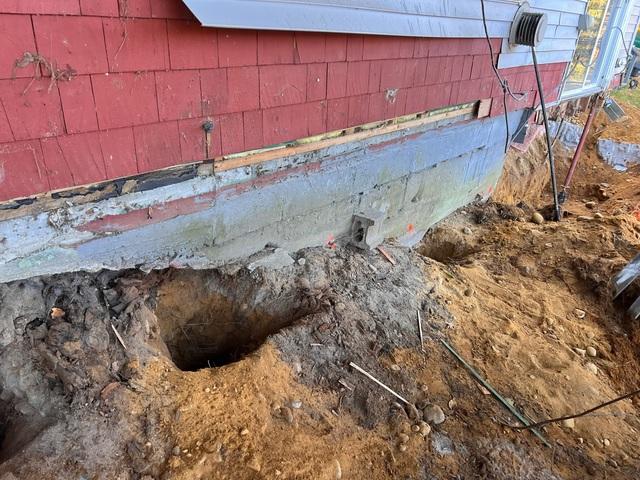 The will pour an Auxiliary wall over this section of the wall to add support to the wall.

The team installed the Aux wall and Frost Wall to the foundation. 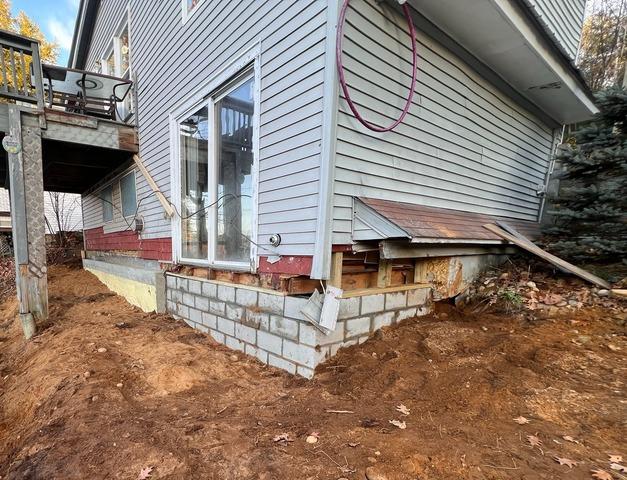 The team created a new footing and laid each block to make the Masonry block wall support the back of the home.