Not all foundation or concrete repair problems involve old homes or slabs which were installed many years in the past. In this case study, the home in question was built in 2021, and the issues were noticeable less than 8 months later.

Homeowner John in Wilton, NH moved into his new house in August 2021, and in March 2022 he started to notice an interesting sound in his garage. While working or placing objects down in certain spots, John noticed the concrete floor seemed hollow and made an echo type sound beneath it. Noticing this could potentially become a big concern in the future, he reached out to the building contractor to determine the best course of action to resolve the problem.

What John and the contractor noticed was there were clearly voids forming beneath the newly poured slab. This could have happened for a number of reasons.

The contractor wanted to help the homeowner find the most cost effective solution to filling these newly formed voids. The last thing they wanted to have to do was completely remove the existing concrete slab, redo the compacted fill beneath it, and pour a new garage floor. This would be extremely disruptive and expensive. Pouring a new slab also left the possibility that the problem could occur again.

Stephen Caron, a design specialist with Erickson Foundation Solutions, visited the home for an inspection along with John and the contractor, and determined PolyLevel would be the ideal solution for their situation. He thoroughly explained the benefits and warranty of PolyLevel, as well as the installation process. The solution checked all the boxes for group, and they decided to move forward with the project. They understood if they did not seek a solution to fill the voids and properly support the weight of the concrete slab, unsightly cracks would form, and the floor would eventually become uneven due to settlement concerns.

The area in question was a 21' x 21' concrete garage floor. The hollow sound seemed to come from various sections throughout the slab, and so it was recommended by Stephen to inject PolyLevel throughout the entire area. This would ensure all voids would be filled, which was the long term protection the homeowner was looking for. To describe the solution in further detail, PolyLevel is a two-part foam engineered to expand upon injection of the polyurethane material. The polymer hardens within minutes, and the concrete it supports can be walked or even driven on within 15 minutes.

Prior to the team arriving, the homeowner was advised to remove all items from the garage floor. This was mainly to ensure the installation crew could easily maneuver their equipment and tools around the garage space without obstacles or interference. Once the crew arrived, their first step was to lay out their injection ports throughout the surface of the concrete slab. This was completed with a couple quick measurements and marking the concrete with either a pencil or marker. Each mark was then drilled with a 3/8" bit to create holes to house the injection ports.

Once the ports were in place, the injection process began towards the back of the garage. As the team worked their way forward, the PolyLevel foam expanded and filled the voids very quickly behind them.  When the injection process was complete, they then scraped off any of the excess polymer foam which may have popped up through the injection ports. The holes created by the drill bit were then filled and sealed with concrete, which made them very difficult to detect with the eye, creating a nice, finished look.

For the final steps of the concrete repair project, the crew sealed on the expansion and relief cut joints in the surface of the slab. By sealing the cracks with NexusPro, this would accomplish two things;

Within minutes of the PolyLevel installation, the homeowner found the hollow sounding noise had disappeared. The voids were filled and the concrete garage slab was fully stabilized and supported underneath. With no concerns of cracks forming due to settlement or voids, John the homeowner was very pleased and the contractor was glad to have found an affordable solution. 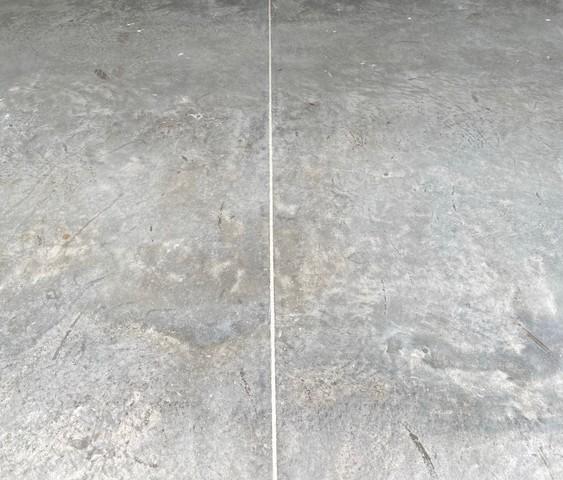 After the injection holes are sealed, it's hard to notice repairs were even made. 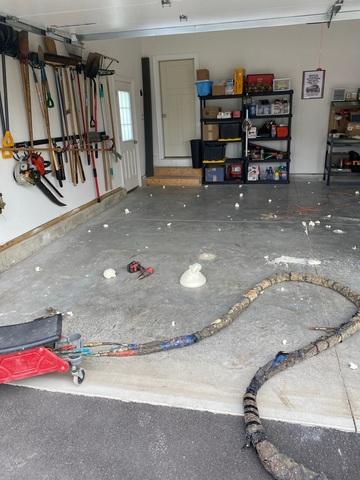 View of the PolyLevel injection process. Much cleaner and quicker than replacing the concrete floor. 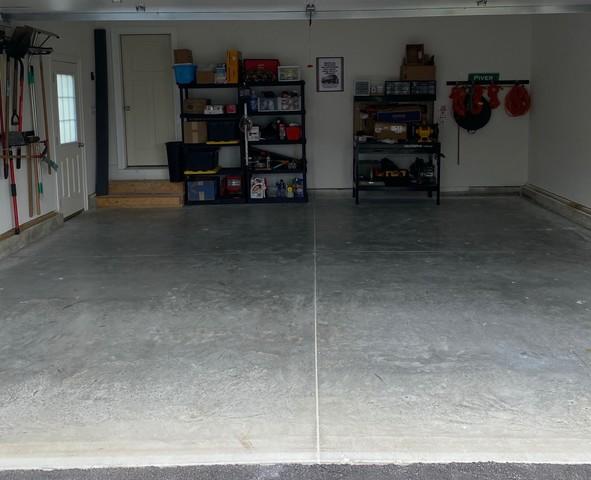 NexusPro is installed in the joints and the concrete repair process is complete.